Well it's been over a year since I posted here about gigging when you are band whose members live far apart from each other.  Well what has happened since 15th June 2018?

So did my last post dated 15th June 2018 encourage agents to book the band?  Sadly no.  All eleven gigs were obtained by myself using email,  Facebook message, telephone and good old physical contact.

I have posted numerous times on those Facebook pages that are set up to assist bands in getting gigs, but not had a single 'bite'. I am not decrying the efforts of those who set up and maintain these pages or even agents who do have roles to play in the music business. I'm sure they both help in their own ways.  It's more about pointing out the difficulties we face as a band whose members live in Spain, England and Wales.

Still stop moaning I tell myself.  We had our time back in the 60s and at our ages, every day we wake up is a blessing and every time we play is a bonus.

I well remember that time six of us met up in the Celtic Manor on Thursday the 27th December 2012 to talk about the old days and have a drink. Little did we think that five of us would be playing some gigs or that three of us are still in the band nearly 7 years later contemplating playing into 2020 and hopefully beyond. Such a shame that Chippy hasn't managed to play with us. 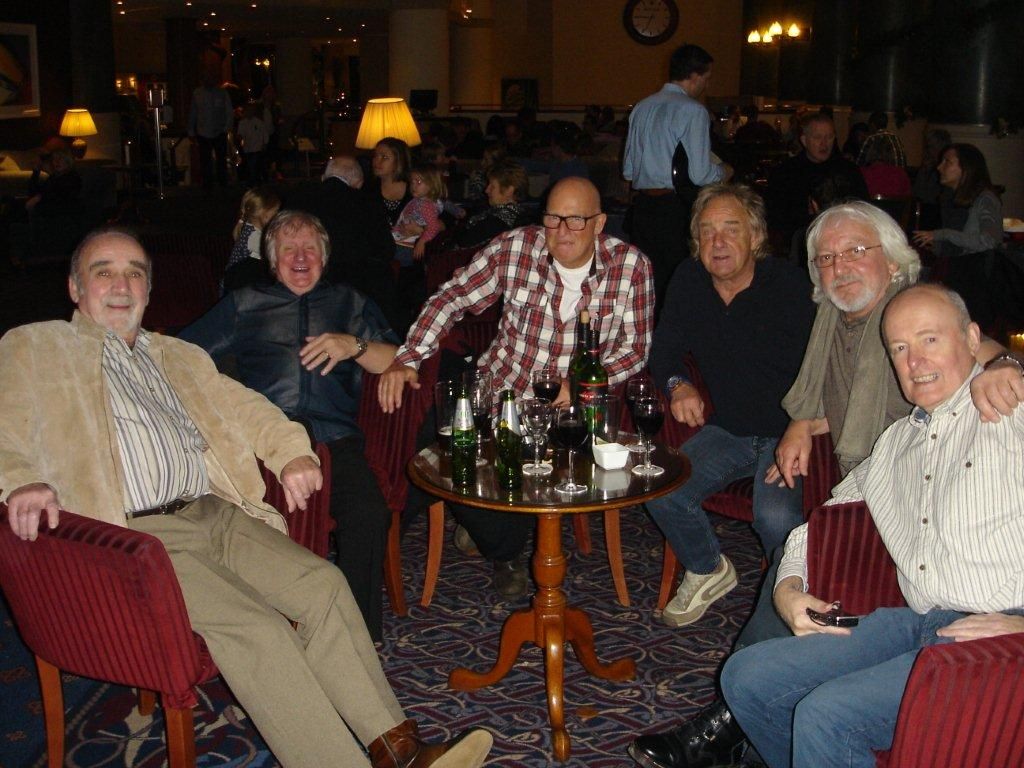