Born at the Bosco

We have been busy over the last few days, reviewing the Masters and then the artwork so, it's taken us over 50 years, but we are about to finally release our first album.

Back in the 60s we were too busy enjoying ourselves with girls, alcohol and other things so despite offers, we never went into a studio to record anything. The only recording we have is of a live gig back in 1966. It's terrible quality as it was taken using a small reel to reel at the back of a packed hall, but at least we have it.

Back in 2013 we had a reunion gig to celebrate our 50th Anniversary of the band. Since then we have been on local radio and TV and our stuff has been played on various stations around the World.

In 2014, the Manic Street Preachers gave us 3 days in their recording studio and also arranged for a top engineer, Dave Eringa, to produce us. Dave had just finished work on the Wilko/Daltrey album 'Going Back Home' and apparently liked working with old people.

So we are finally there. We are not expecting to sell millions; to be honest we are happy enough with just having done what we should have back in the 60s.

Now we are starting work on our next, which will be all originals rather than just the 4 on this one.

This one is for you Phil,  I hope you like it up there 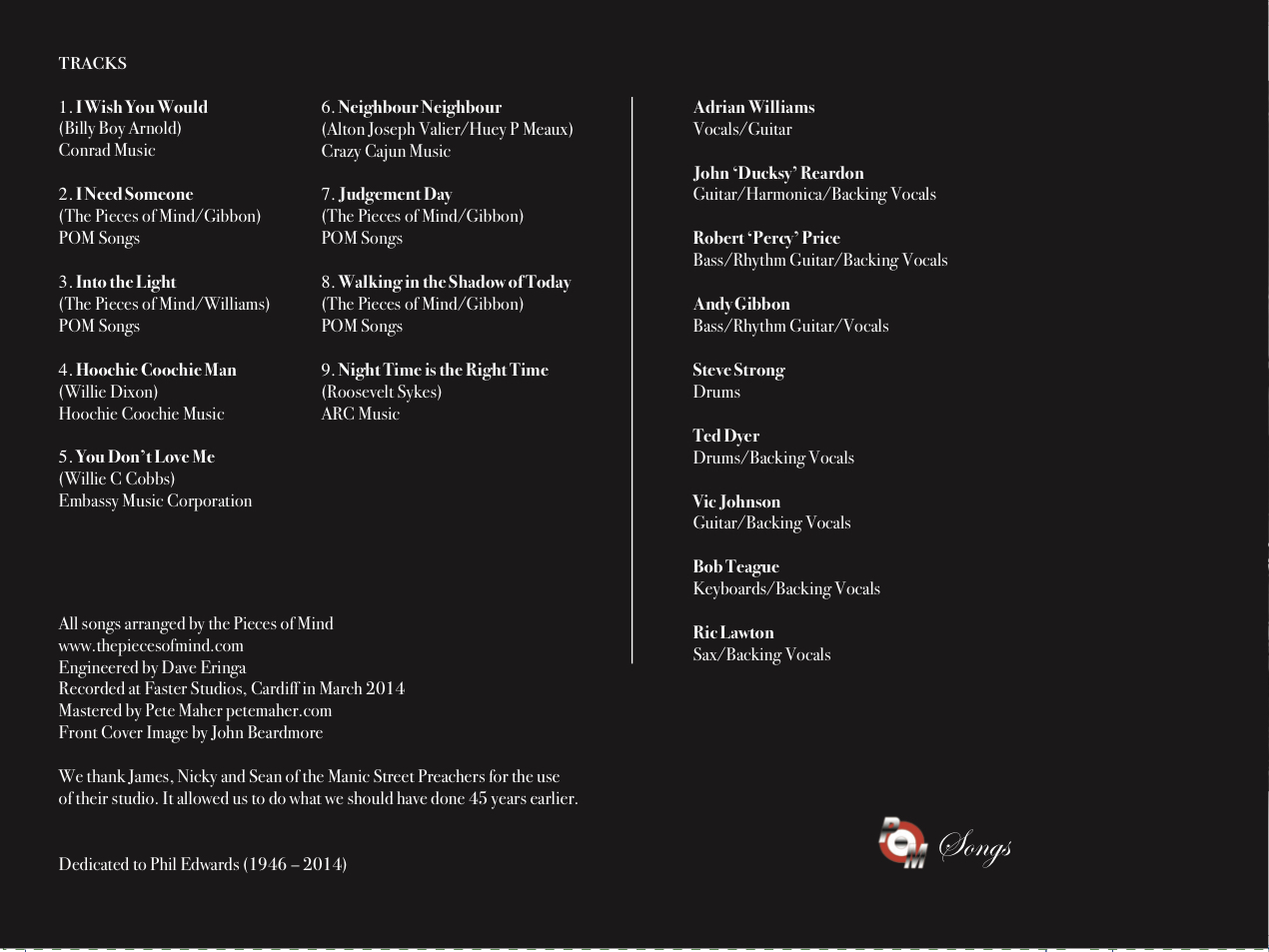 BTW the Bosco is a hall at the back of the church on the cover. It's where we first started in 1963